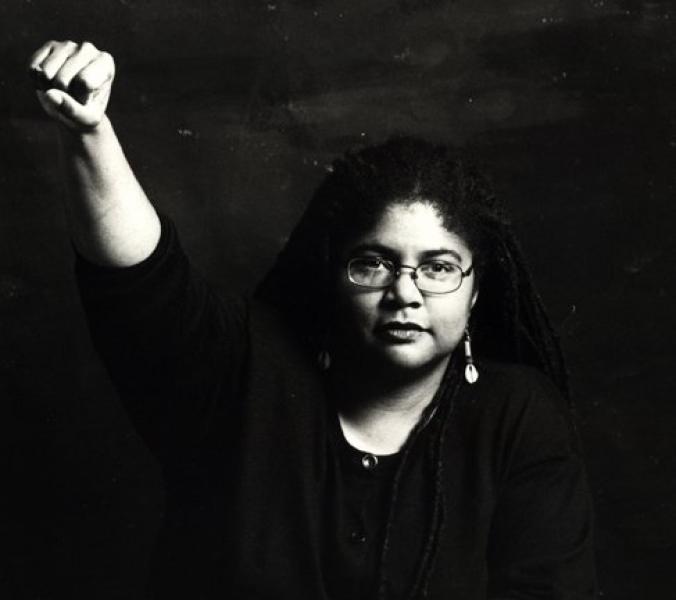 The workers of Palante Tech are grieving the unexpected passing of Linda Thurston, Operations Coordinator at the War Resisters League. We have worked with Lin and WRL since our very first year in existence, before we even incorporated as a business. Lin was an amazing client and a beautiful soul. Lin was a total movement techie herself; we at Palante even joked years ago about poaching her from WRL to join our worker coop. Instead, we had the honor of working with her for nearly eleven years to support the vitally important anti-militarization work of the organization to which she was so integral. Lin was always exceedingly kind, even when making it clear that things needed to get fixed, solved or just plain done. She had a remarkable sense of humor despite the struggles and hardships she faced in the course of her work and life, and was one of the most engaged client point people we've ever had the pleasure to work with.

A number of us at Palante are proud to have called Lin a friend. Yet many of us didn't know the half of what she had done throughout her brilliant and beautiful life, as documented in her obituary. Among the  many informal and formal roles she played in our movements were Director of the American Friends Service Committee’s National Criminal Justice Program, Director of Amnesty International’s Program to Abolish the Death Penalty, and co-founder of both the International Concerned Family and Friends of Mumia Abu-Jamal and Critical Resistance.

Reading Linda's obituary makes it clear that her connection with Palante was no fluke:

Linda was an “infrastructure person.” Her life’s work was different from many who claim the title of “organizer,” though she had also been that. She built, maintained, and repaired material processes (including those that she herself might consider “mundane”) that were also essential to everyday functioning of the movement. Indeed, a key part of her work against war, the death penalty and the prison industrial complex was finding ways to make new technologies serve social justice organizing.

We sometimes joke that we want to find a worker that can fill in the gap in our string of first initials: JK_MN. Lin, you are our L. We love you and will miss you greatly.

--Octavia Butler, Parable of the Sower